Google: From Brillo to new OS Android Things for IoT...

Internet of Things (IoT) refers to the development of internet connection between every day objects ( Cars, Washing Machines, TV, etc) by creating a network which allow them to transmit data. IoT is booming and every company wants their hands on it. Google has leverage as Google’s Android proved itself to be a most versatile platform around the globe. There are several electronic devices that are being operated on android. Google brought “Brillo” to IoT platform back in 2015. This OS supports WiFi, Bluetooth Low Energy, and other android devices. Addition to this, there is Weave, the (cross platform) language that allows to connect Brillo devices, cell phones, and internet together to let all these gadgets to communicate with each other. 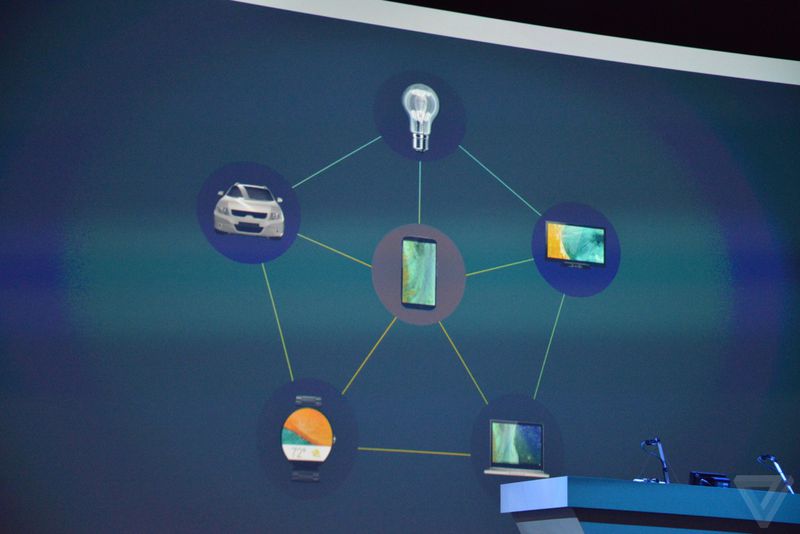 Every innovation needs to be upgraded after a short spam of time. Meanwhile, other companies are still working on this innovation Google launched “Android Things” by making it the new official OS for IoT gadgets after Brillo. Now what is more interesting is that there is a new update in Weave. Which will help more to connect IoT devices with Google services for setup as well as with Google Assistance without any difficulty. There are some companies that have used Weave so far like Philips Hue and Samsung SmartThings.

According to Google, other companies like Tp-Link, Wink, Honey-Well, and First Alert will also back up this platform and soon Nest‘s Nest Weave will be merging with Weave. Eventually, all the devices from these brands will be able to communicate with each other making a web of connectivity. ‘Android Things’ OS is still in the developer preview. Through this an android developer will easily build any android device by using APIs and Google services. Security issue has also been resolved in this new version of OS as developers will stay highly secured.

There are some other coolest addition to this new OS, like you can build products by using supported hardware development Kits, for example Intel Edison, NXP Pico, Raspberry Pi 3. More to it, you can also scale to production runs easily with custom designs of these solutions while you can still continue to use the Board Support Package (BSP) from Google. Google will soon also work with Brillo users to help them to migrate their projects to this new advanced operating system.

With this new OS Google will surely lead the charge in building IoT platform space. There are several other companies that are providing leverages  to the developers but Google knows how to lead this race. Google is providing Cloud Computing services in this OS which might seems to be more compelling than other companies. Well! this is not the end there are still some more cool things that are coming soon into the bucket of Internet of Things platform.