Nokia is a well known, well established multinational telecommunication company. In 2011, Nokia made an impression by making a pact with Microsoft to operate its cellphones on Windows Operating System. Nokia was leading this industry for many years but due to the entry of smartphones, Nokia had to went down as  it failed to update its cell phones with the innovation that smartphones carry.  Now Nokia has returned into the world of smartphones by launching ‘Android-Powered Nokia-6’. HMD Global announced this news in China. Nokia-6 has came up with not only structural but also with highest level of visual qualities. This small device incorporates following features: 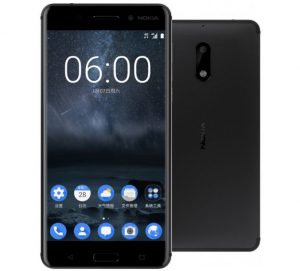 In December 2016, HMD Global got licensing rights of Nokia. Now HMD is the new home for Nokia. It is reported that Nokia-6 will be available at China’s online store JD.com for $245. CEO of HMD Global said, “Just a short while age we announced the launch of HMD Global..The Nokia-6 is a result of listening to our consumers who desire a beautifully crafted  handset with exceptional durability, entertainment and display features. We look forward for unveiling further products in the first half of this year.”

Return of Nokia is like a twist in the phase when Microsoft’s story of struggle to adapt to smartphones and iPhone is spreading everywhere. Now the world is waiting to see if this Android powered cellphone will be able to compete the already existed smartphone giants like Apple, Samsung, Google, HTC  or not. According to HMD Global there is a strategy behind launching this cellphone in China first as China’s market incorporates  522 million smartphone customers. China is actually the world largest and most competitive smartphone market in the world. HMD has done partnership with JD.com because this online retail store has many mobile customers and also have sold out many products of Nokia to the Chinese customers. HMD Global is a Finnish company that manufactures mobile devices under the brand name ‘Nokia.’